“I am drawn to Rivky by her raw talent. What I love about her as an artist is the strength in her vulnerability- absolutely beautiful. I can’t wait to hear more from her!” –Grammy Winner, Amy Lee, Evanescence

Rivky has been invited to The Kennedy Center, stages featuring Suzanne Vega and her latest song produced by Grammy winning Amy Lee, Evanescence. Her music has been selected for New York Musical Theater’s female composers of 2019.

Rivky is an extraordinarily gifted writer-painter-singer-banterer, a quirky Jaques Brelian/Kurt Weill/Freddie Mercury nostalgia, funny, held by the seat of her pants, living with schizophrenia, speaking to students, universities, mental health initiatives, slapping stigma silly, theatrical. A prodigy invited Off-Broadway where began the coolest friendship with her two fingered cellist Brian Sanders, (yes, kismet. A comically fated cripple and a kook duo at their finest), and Angel Sings The Blues released.

Rivky grew up living Orthodox Jewish, in the Hasidic “Amish” like culture, but left it. Currently Rivky’s songs are in an upcoming Musical being developed with Playwright, Jack Feldstein. You can find out more or less, equally, at the 2,019 social media sites that stifle our healthy living. Good luck making your choice here: www.rivkygee.com  , https://www.instagram.com/rivkyisms/

Rivky’s paintings have been exhibited and sold to well known collectors, like Karl Hagberg, Heidi Rigney, Sheila and James Gray, former president of Macy’s. Her essays and artwork have been published in Yale’s literary magazine, The Mighty, Yahoo!, ROAR, Coffin Bell Journal, among others.

She’s also received scholarship awards for The Full Moon Arts residency, exhibiting her work in The Hamptons, and a most wild adventure meeting Dr. Patch Adams, (a.k.a. Robin Williams film), and his “Gesundheit!” Institute for creative healing in medicine!

“A powerful, powerful singer. Capable of reaching notes too high and low for most -and capable of hitting them with emotion.” -Howard Bloom, Former publicist for Billy Joel and Prince 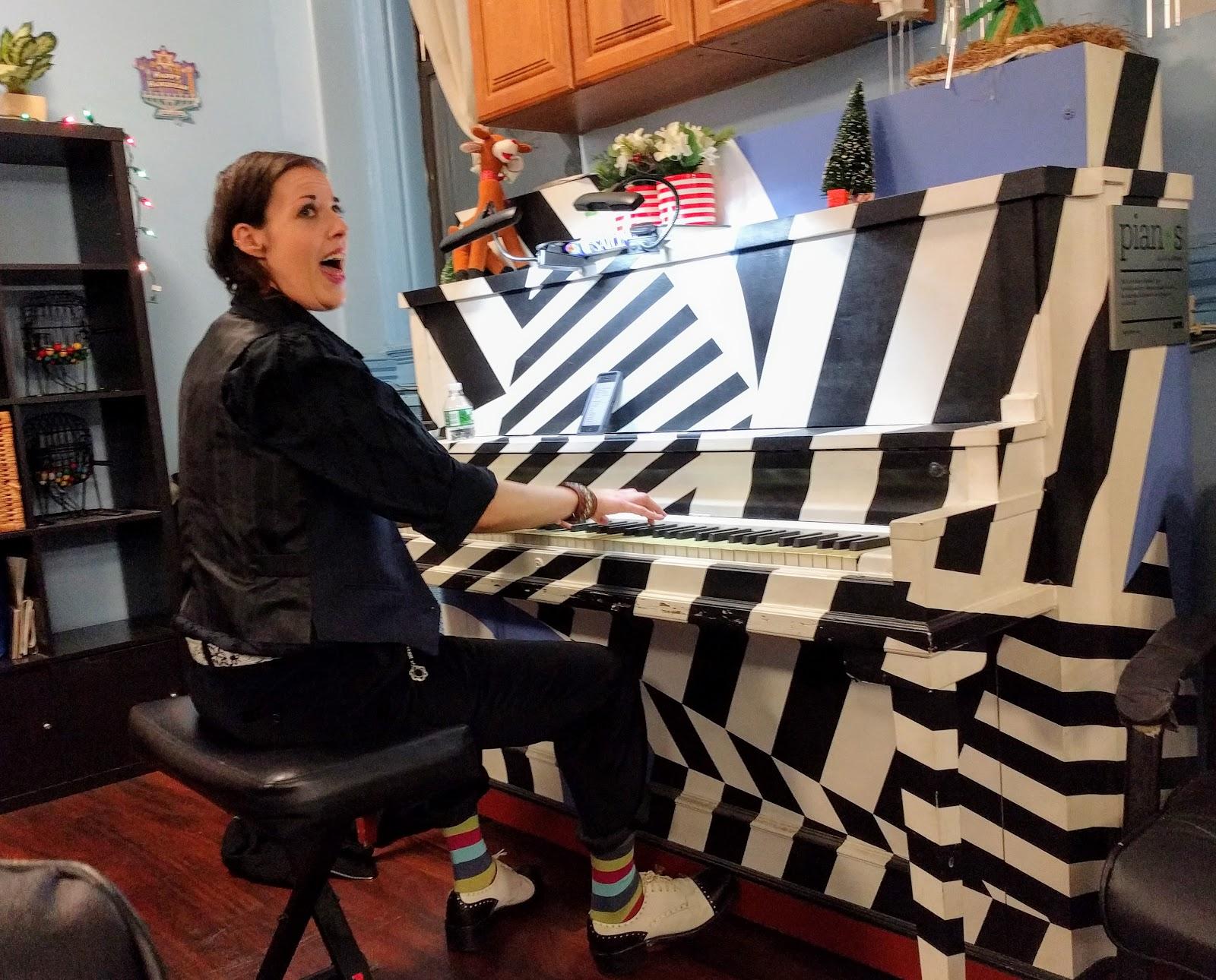